I was cleaning up the text messages on my phone, when I came across a picture of my son with my friend Cris. The photo put a smile on my face. Why? Because Cris told me something I will never forget. She said, "Frank, you saved my life, Thank you!"

Cris is a good friend of my mom's. They were constantly helping each other at work and with each others kids. Cris has MS. Multiple Sclerosis (MS) is an autoimmune disease that affects the brain and spinal cord (central nervous system). When Cris's MS would flare up with would be almost debilitating. Everyone loves Cris and constantly offered whatever help they could when times were tough.

She and I were talking one day. She was asking me about the book I wrote. I told her about it. She told me she would buy several copies. She wanted the book so badly, she met me in a parking lot with her kids while I was in Pennsylvania working. I asked how her MS was and she said she was doing OK. I suggested she read the chapter in my book about taking care of yourself.

Fast forward to last summer. Cris called me to say she'd be in town visiting a friend and asked if she could meet my wife and son. I said sure. We set a place to meet. When my family and I arrived, we started looking for Cris. When we saw Cris it was like seeing an new person. She had a certain glow about her and a huge smile. I immediately said, "you look good." At this point Cris began talking about how good she felt. She talked about her family, she talked about finishing up her college degree, she talked about getting ready to run a 5K. All things she couldn't have imagined doing a few years earlier. I asked her, "what changed?" Her response, "you!"

She told me that reading the chapter my book about taking care of herself, motivated her to change her life. She said she had a conversation with me about changing her diet (I didn't remember that part), so she met with a dietitian. Turns out many of the symptoms caused by her MS could be treated by a change of diet. Diet not medication. Not only did she start feeling better, she lost weight, got more energy and was able to do things she didn't think would be possible. Now she was traveling and was in Arizona meeting my family and my son.

I read a quote recently that said:

"Sometimes the smallest step in the right direction ends up being the biggest step of your life."

I didn't think me suggesting that Cris consult a nutritionist or to read my book was a big deal, but for her it was. It's amazing, we can all save someone's life just by showing that we care. We live in a very negative world where we just focus on ourselves. We don't take time to care for each other. There is so much we can do. We can offer a little advice, a little support or even point someone in the right direction. These "little things"  may not show up on the Evening News, but at the end of the day the make a huge difference.

Cris doesn't know this, but she changed my life that day too. For me, the words Cris shared with me that day motivated me to pursue my speaking and writing even more. Cris thought I was helping her, but she was helping me too. Her words reassured me that this is the career I was born to do.

Here's the picture of Cris with my son. Thank you for your words Cris, than you for dinner we had a great time too. 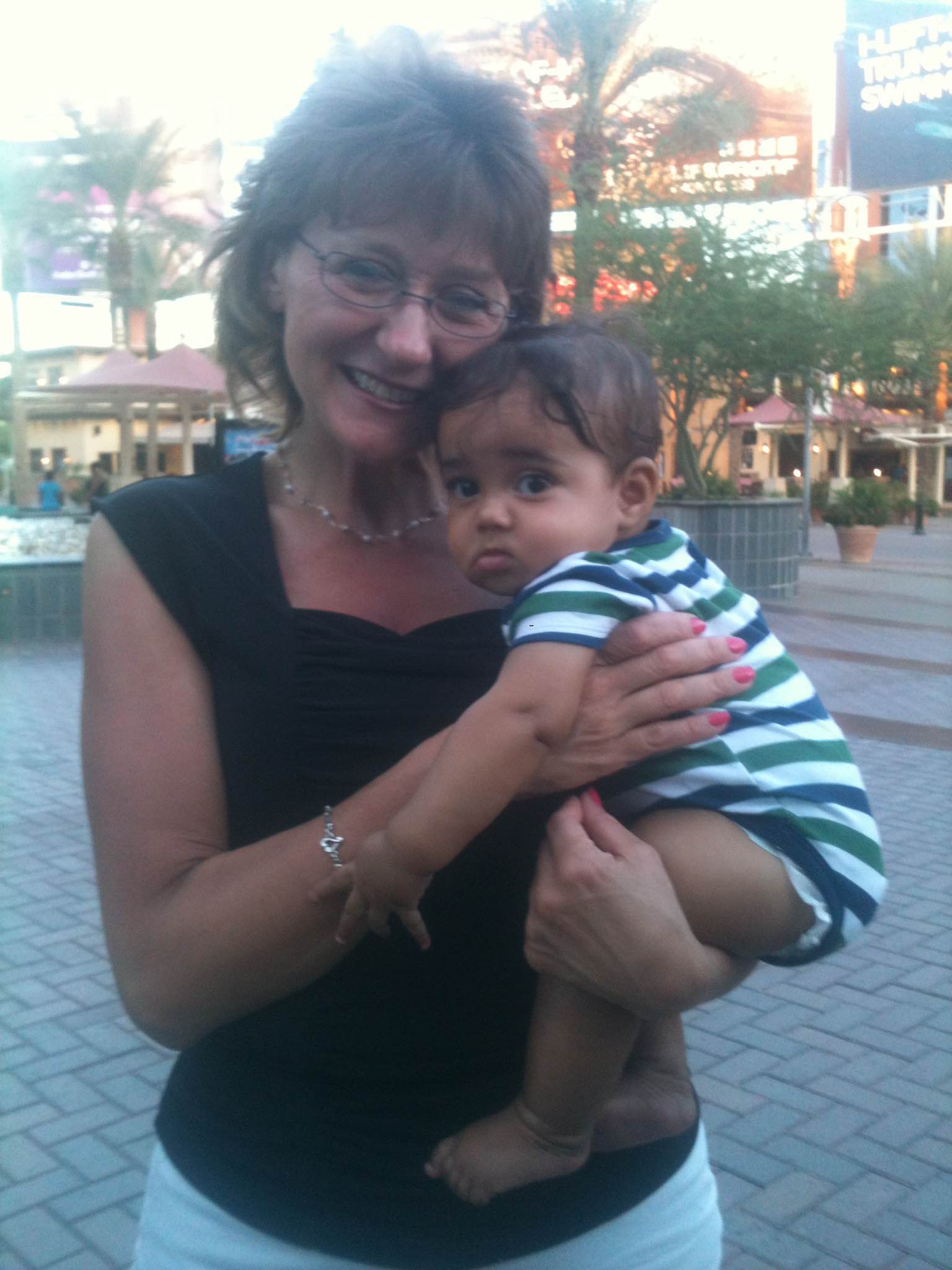 Have a great week everyone! Be good to someone this week. You never know what may happen, you could end up saving a life!